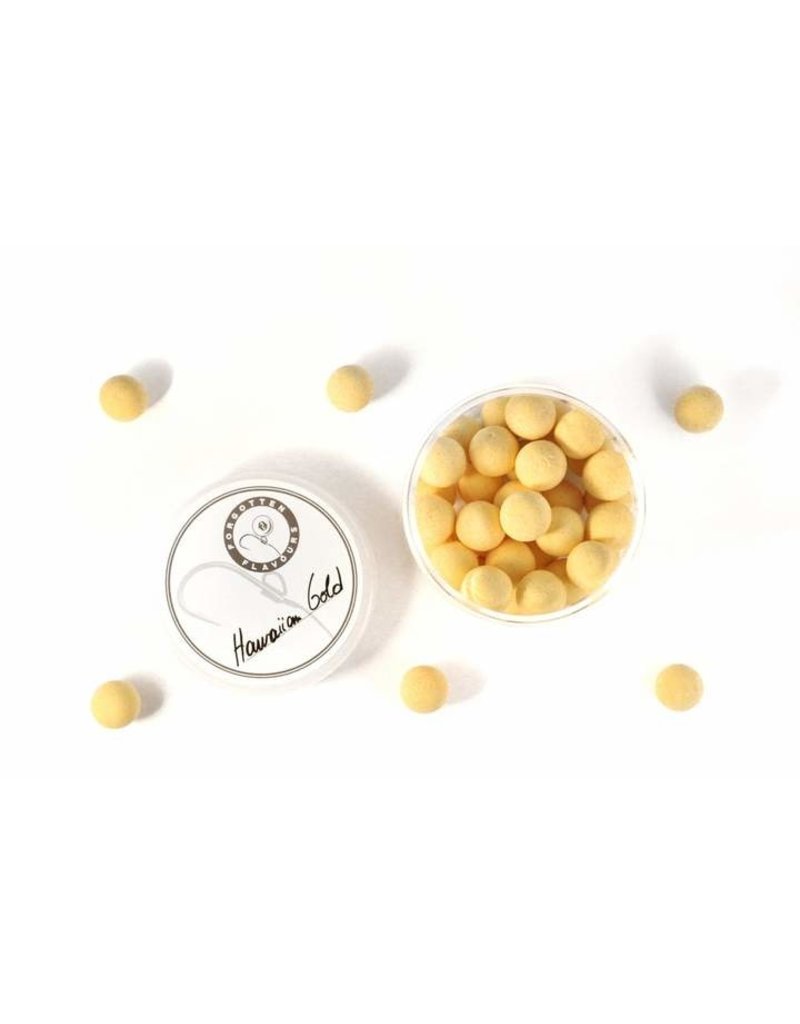 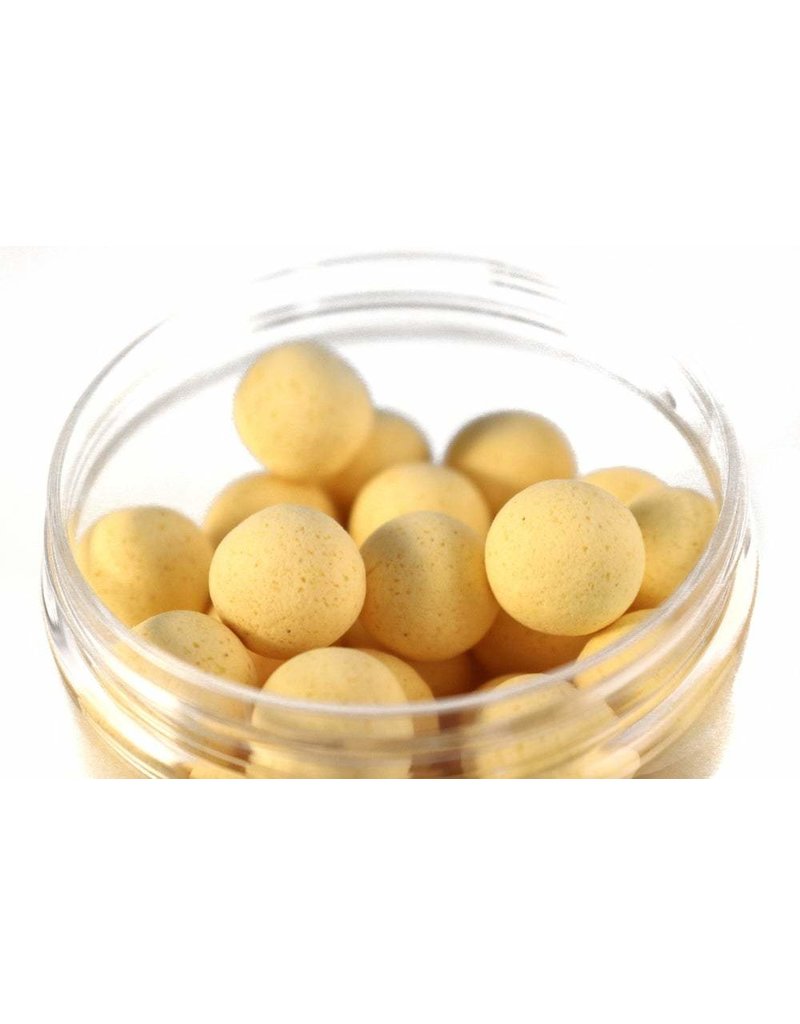 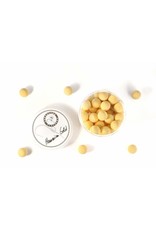 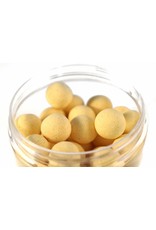 Pineapple & Butyric Acid.
A classic combination used by a lot of companies. I wanted to switch things up however, and see what would happen if I would give it a 'Forgotten Flavours' twist...

With a lot of EA based flavours in the mix these pop-ups can be used with the utmost confidence year round. In winter they will be the difference between high attract leaking pop-ups (as there's so many alcohol based flavours involved) or a bland oily mess on the bottom which can't spread in the water layers leaving you up sitting behind the rods motionless!

Gave them a couple test runs last year and they were very hard to roll. The strong base and the high volume I always tend to put in the mix completely ate the binding and it ended up in a crumbly pineapple cake which was impossible to form shape. Let alone boil or steam! Couple tests followed and I had it about right then, but not quite 100% happy so I planned not to release them at all. But after pineapple became a 'must-have', I just had to step up my game. I managed to get my head around the mix and keep the levels as high as I wanted them to be, hence why I can proudly release them now. Although obviously a winter wonderland special, results from guys came back to me and they reported they caught on them all season - making this one their favourite of them all!