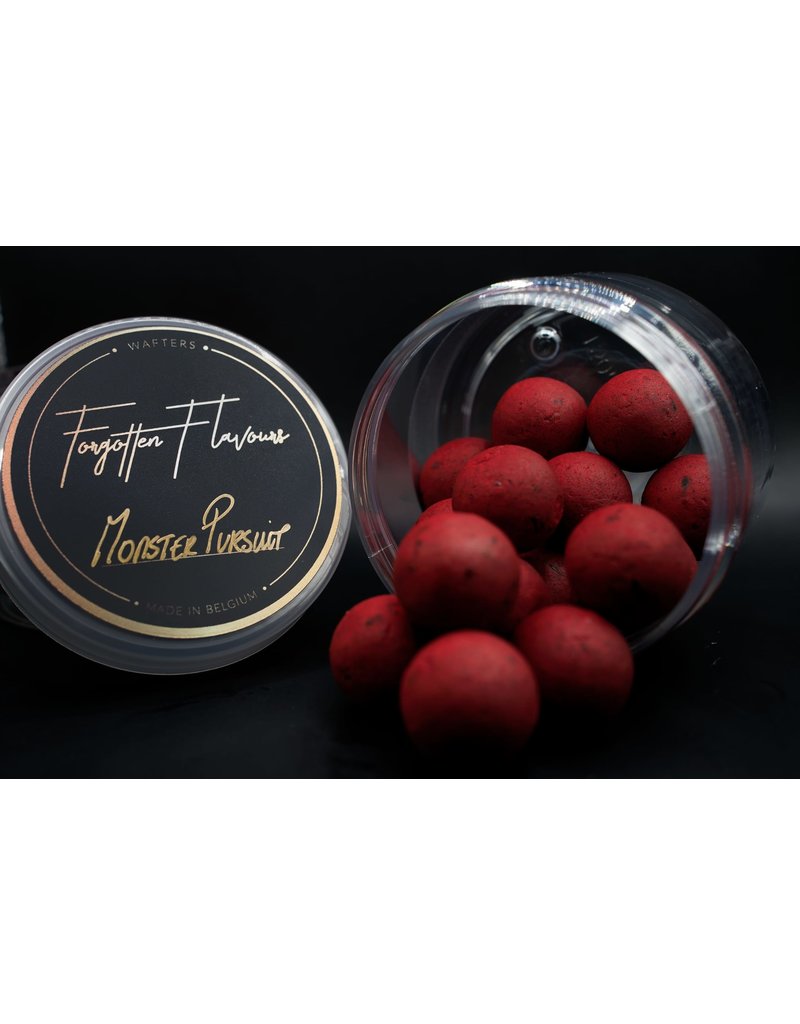 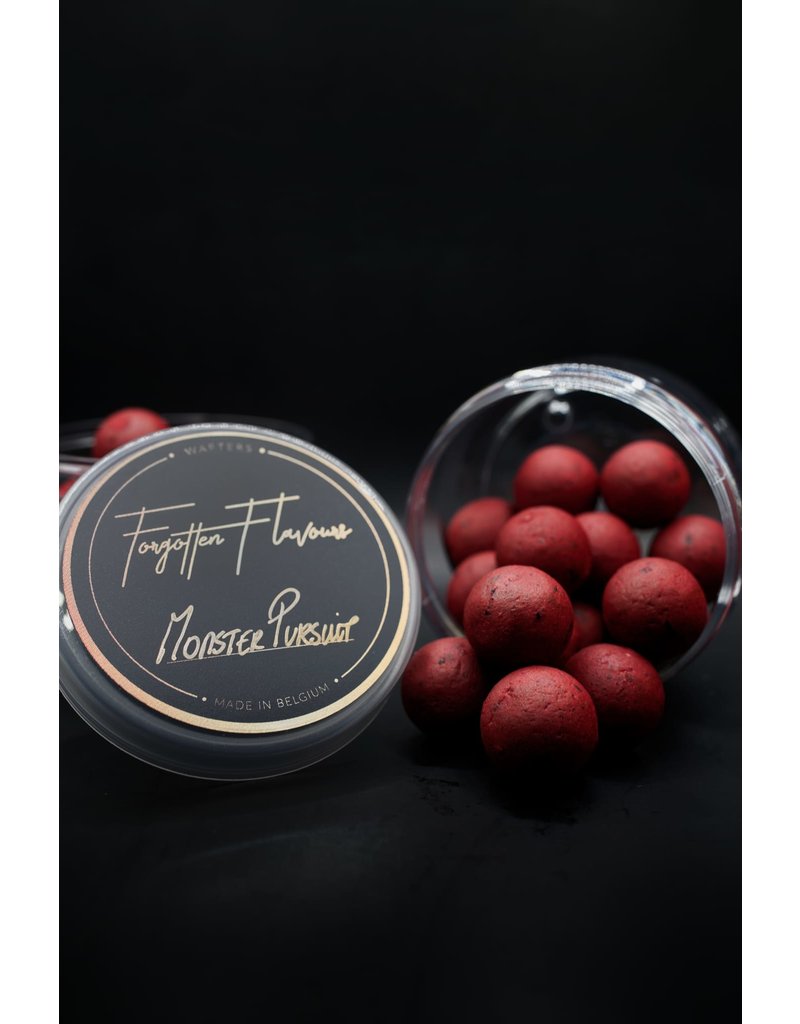 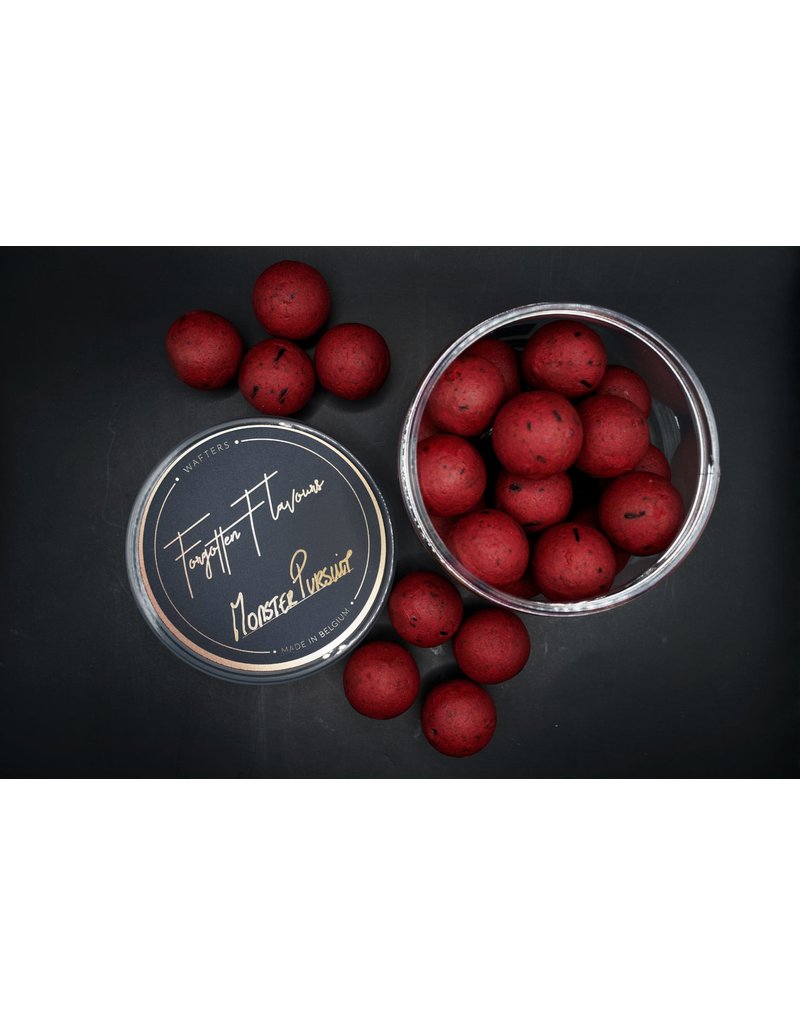 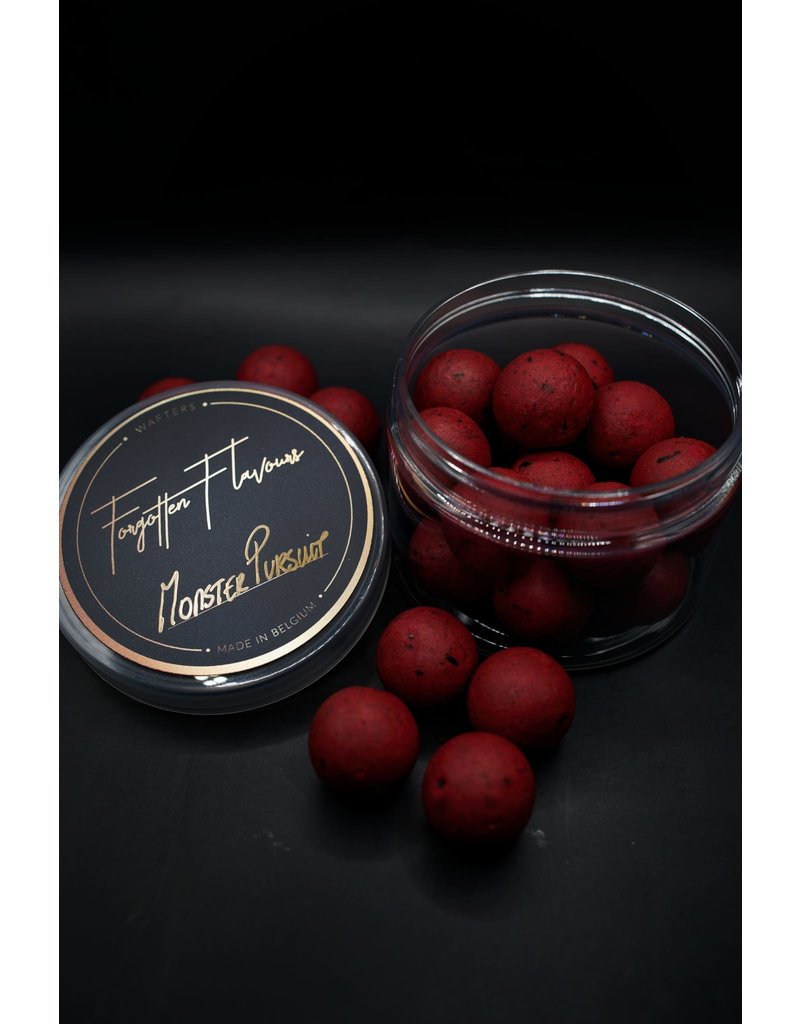 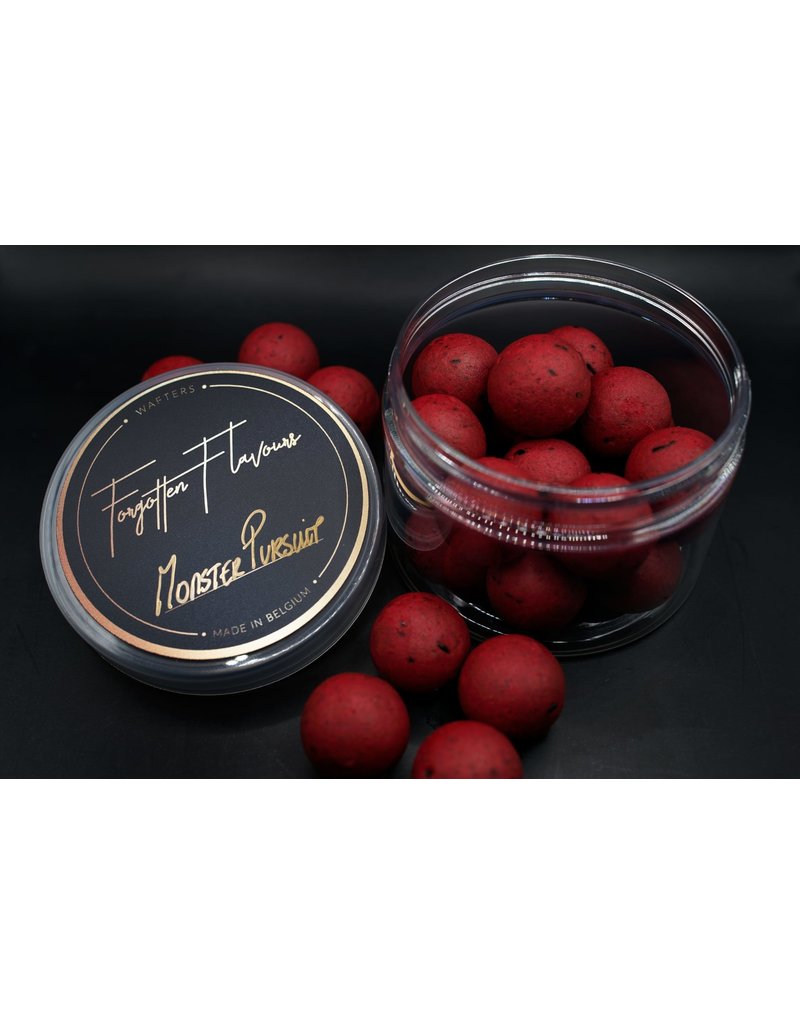 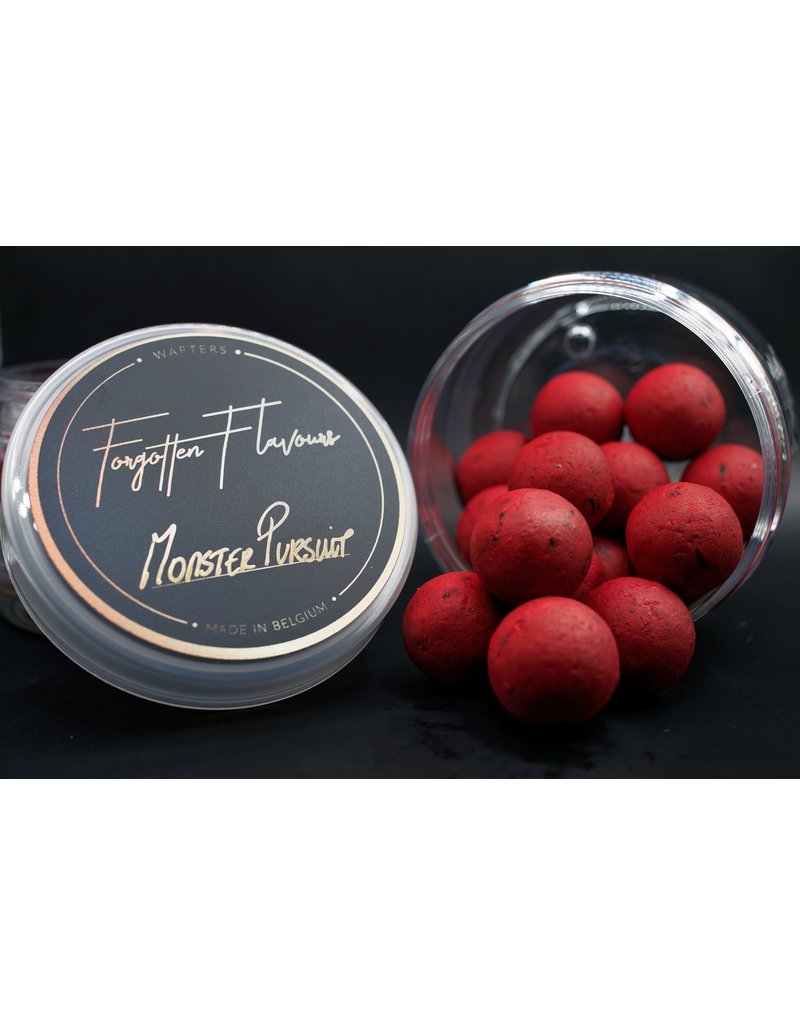 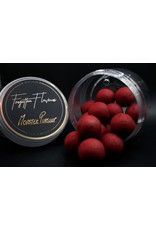 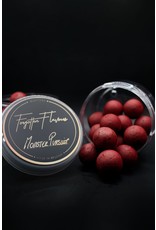 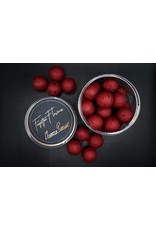 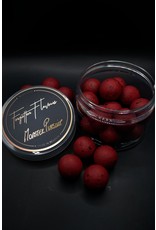 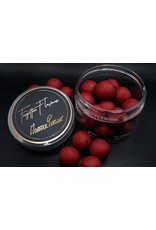 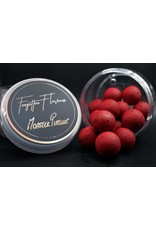 Growing up as a kid, Monster Pursuit stood out for me and dad, we took it everywhere we went and absolutely smashed most places to bits with it.

I remember them like it was yesterday. The big blue Nash bags with all their cartoonish carp, fruits and all sorts on the sacks. We picked quite a few of those up at the time before we got into rolling our own baits. They were quite a thing for us over here, literally everyone was on them, and if I remember correctly they were supplied in 4 kilo bags.

Included was a small ziplock bag with matching pop-ups as well. Not that we used it, because pop-ups and the likes weren't used a lot over here in Belgium before Warwick & Dynamite came along.

Anyway, having tried the Peach, White Chocolate, B2, Formula One, Scopex Squid, Whisky, Strawberry and a few others, the Monster Pursuit always came out on top.

Since being in love with rolling hookbaits, I've done some MP's for myself and quite a few friends, but never really released them to the public. I couldn't have dreamt that at this point I'd be able to give you guys the opportunity to get your hands on them as well!

Super cool detail: whilst I was making these my dad popped in for a little look and he recognised the smell and aroma immediately. It's one of them!!

Check buoyancy of your rig and critically balance where needed.