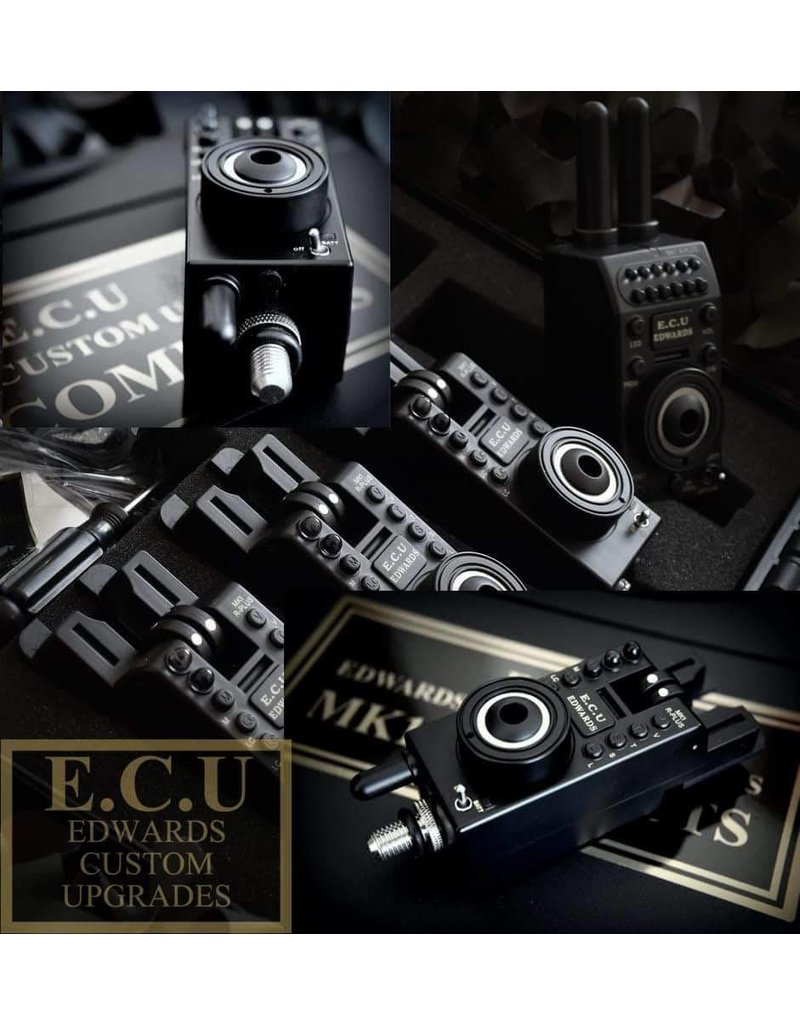 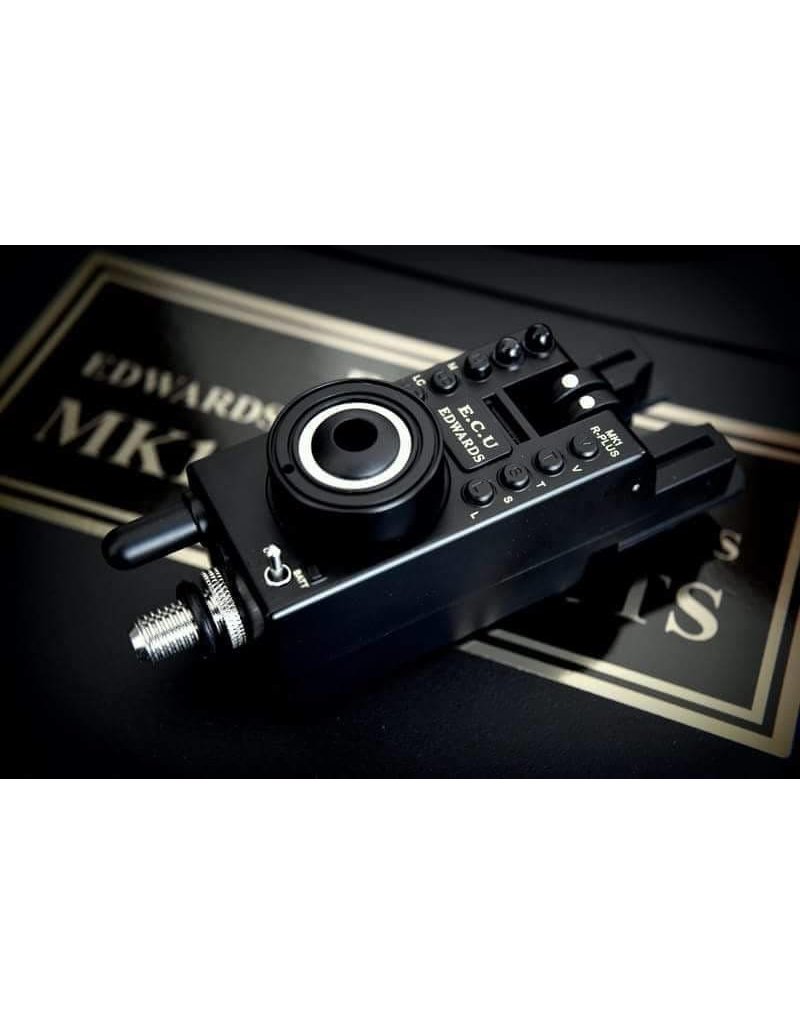 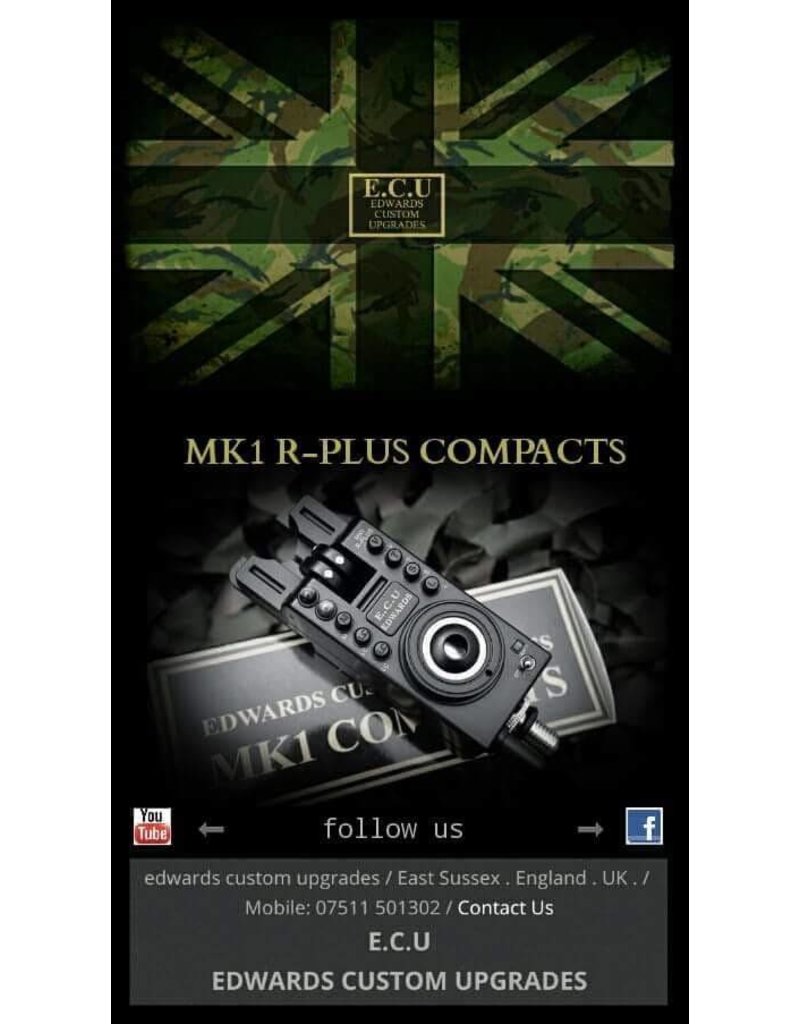 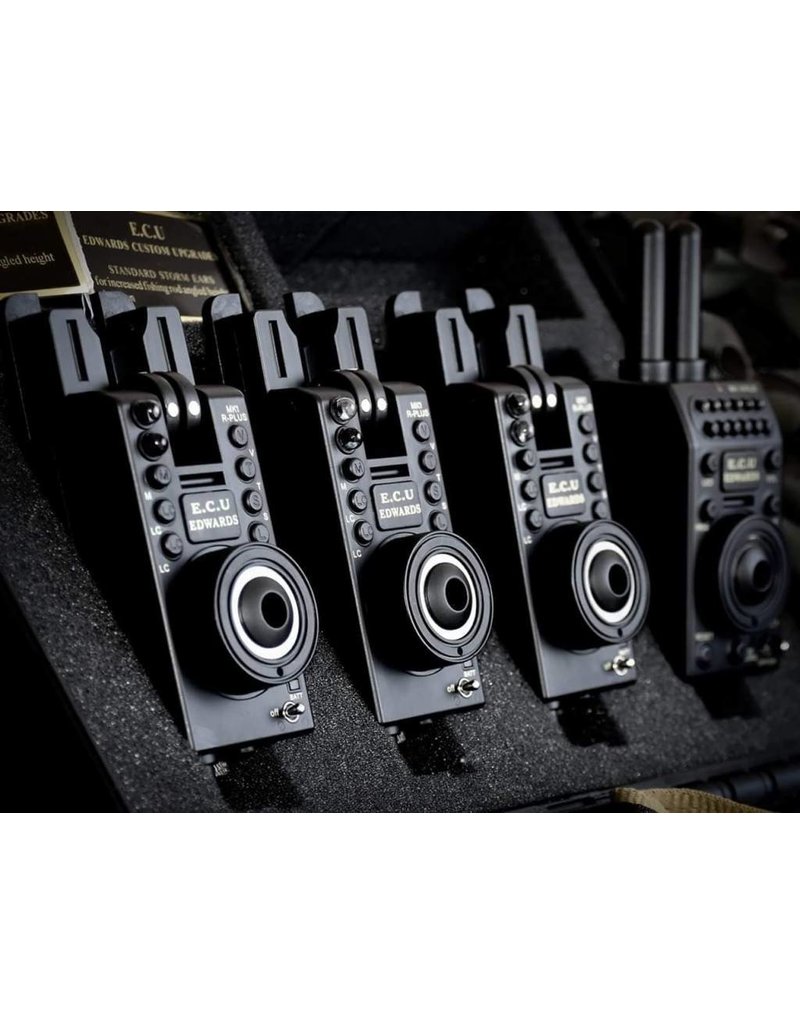 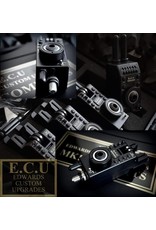 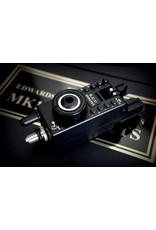 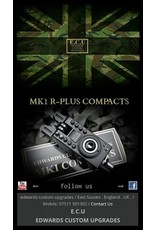 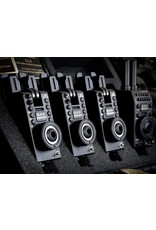 In addition to the range, Scott Edwards has launched a new range of alarms.
These go on to live as the MK1 R-Plus Compact and MK1 S-Plus Compact.
Both alarms have the same features, the only difference is that the S-Plus range is released as a non-Remote alarm. For the fisherman who does not use a receiver.
The features of the new alarms include the following.
The receiver has a much wider range of up to 200 meters
Led Color buttons on both the receiver and alarms, allowing you to choose the color combination. All colours and patterns are possible and easy to adjust
Volume, sensitivity and LED strength dimmer buttons
Next to each on and off button is a low battery indicator that will blink when the alarm or receiver has almost no battery power.
Double mute button on alarm with 2 settings, press once for 30 seconds mute, press twice for 60 seconds mute. When the mute function is used on the alarms, the receiver will automatically go into the mute function.
A clear LED indicating that you have a back-flower will also make the sound of the alarm sound a different tone when a back-flower. At a full run you will hear a high tone, at a back you will hear a lower tone with a flashing LED.
A range testing button on the receiver indicates whether your alarms are still in range of the receiver.
The screws in the battery cover have been removed, making it easier to replace the battery
The alarms and the receiver are smaller than the MK1 compacts.
The alarms now have isotope slots for 2 x 12MM only.
The receiver is even easier to program with a separate programming button and a separate reset button.
The alarms can be programmed in seconds.
Easy to replace rollerwheel which will be made by Kudos Tackle in the most possible colour combinations.
The Kudos Conversion Speakererbungs and Snagears are suitable for the MK1 R-Plus and S-Plus ranges.
As with the MK1 Compacts, the R-Plus and S-Plus Range have a unique mating code which ensures that there is no interference in waters where there is a lot of fishing with different types of bite detectors and failures.
Anti-line skip roller wheel, so that the line stays neatly in the wheel.
SLick glide roller wheel, for improved indication with light lines.
Scott Edwards is setting a true precedent in the market with this new range of alarms. All the good of all the alarms on the market have been put in one set and will therefore become a solid competitor to the High End Beet detectors that are now available.
As Scott himself points out, 'These alarms are fucking animals! ECU trough and trough.